This Wooya Cup was a Birthday Gift in 1999 to a Mother from her children, a Daughter (age 10) and Son (age 8). The Mother remembered mentioning, at that time, that she liked drinking coffee from a small cup... and so... they went and bought this very small cup (it's about less than half the size of a normal cup) for her. They probably bought it with their own pocket money and this was what they could afford at the time.

These words were on the cup,
"WOOYA. Wooya is the good hearted polar bear." 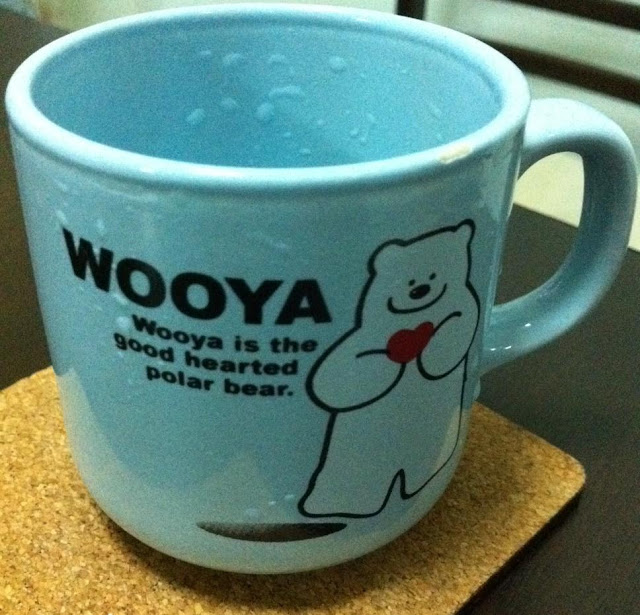