~ KT Tunstall - Scottish singer/songwriter does a sharp (and we think welcome) 180 from the brash, danceable techno-pop of her last album Tiger Suit with this new seven-track acoustic EP available only from her website...released in support of her upcoming solo tour, the songs were recorded, says KT, "by my husband and drummer, Luke Bullen, in our solar-powered studio in the woods in the English countryside." // Release: The Scarlet Tulip (Out now) // Sounds like: even the one-woman-band rhythmic loop overlays are gone on this soft-textured collection of introspective songs, nearly all written during the Tiger Suit period...finger-picked acoustic guitar and Tunstall's marvelously airy, tender rasp of a voice are the only sounds you'll hear (or need to hear) // Quote: I felt a creative need to do something impulsive and autonomous, so this EP is partly...to get the songs out there into the ether as I've always felt there is something special about sending new songs off into the world as soon as they are done. There's something magical about it." // What we like: this is the KT that we've found missing lately: the emphasis on organic, uncluttered songwriting while putting the gimmicky, trendy/indie "edge" on hold...the title track is subtle stunner of lovely guitar lines and a memorable melody...
===.
Posted by Welcome at 1:48 PM No comments:

Perspective ~ A Point Of View

This goes to show that there are at least 2 or more perspectives about anything in life.

I find the news below interesting... that their fans have 2 different and opposing views about the unflattering paparazzi photos.

View 1
"Many SNSD fans have expressed outrage online
that the paparazzi had invaded the group's privacy
... and had taken unflattering photos of them, ..."

View 2
"... but some said it was refreshing to
see their idols at their most natural. "

The photos, which were recently published in a Hong Kong tabloid, showed SNSD's Jessica stretched out in her seat, with one foot on the back of the seat in front of her.

They also showed Sooyoung asleep with her mouth open while Yoona wolfed down some food.

Many SNSD fans have expressed outrage online that the paparazzi had invaded the group's privacy and had taken unflattering photos of them, but some said it was refreshing to see their idols at their most natural.

SNSD is one of the most successful K-pop girl groups in Korea and routinely plays to sell out crowds in concerts across the region. 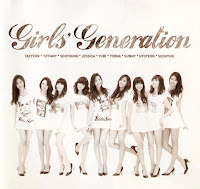 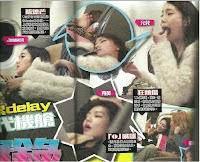 Quote ~ The Measure of Love...