Barack Obama ~ On His Multiracial Heritage 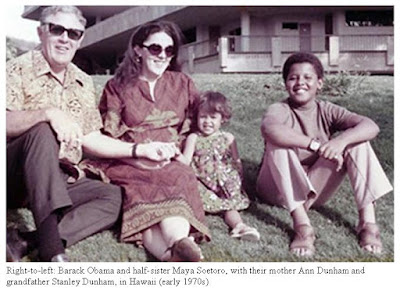 Barack Obama ~ On His Multiracial Heritage
Excerpt from →http://en.wikipedia.org/wiki/Barack_Obama

Of his early childhood, Obama recalled,
.
"That my father looked nothing like the people around me—that he was black as pitch, my mother white as milk—barely registered in my mind."
.
He described his struggles as a young adult to reconcile social perceptions of his multiracial heritage. Reflecting later on his formative years in Honolulu, Obama wrote:
.
"The opportunity that Hawaii offered—to experience a variety of cultures in a climate of mutual respect—became an integral part of my world view, and a basis for the values that I hold most dear."