.
This is a true Singapore Story. Very motivational & inspirational of how one can 'rise above adversity'.

When Ron Chandran-Dudley became president of the Singapore Association for the Blind (SAB) in 1980, it was like a journey back home.

Way back in 1953 on a hot afternoon in April, the 19-year-old Ron made his way to the association.

On reaching, he was tasked to distribute food, clothing and toys to the blind. He became a “home visitor” and the first blind volunteer to help other blind people. A kick to the head during a rugby game in school had cost him his eyesight a year earlier.

He found that many of the blind were beggars, uneducated, ill, and destitute and asked himself: “Can we only offer the blind white canes, badges, food, clothing and medical care? Why can’t we give them back their dignity? What about training them to do something useful so they can give up begging and learn to be independent?”

It was a thought that would haunt him and led him to believe in the axiom that “to be disabled is not to be unable.”

Eventually, he left to study social anthropology at the London School of Economics and excelled. On his return, he devoted his time to starting the School for the Blind (SFB). Together with the war heroine Elizabeth Choy, the first principal of SFB, he sought out blind children in the villages to train them.

Shortly after, he became general secretary of the association. Before his time, sighted people ran the association. Many of the blind children who attended school learned few vocational skills and found it difficult to integrate into society.

As early as 1965, Ron proposed and helped kick off the integration of visually handicapped children from primary to tertiary education. He developed a system that enabled blind children to live at home, attend primary school at the association, and then integrate fully into the regular school system at the secondary level.

“Ron transformed the place,” said Patrick Sim Hak Kng, a former executive director. “He paved the way for the blind to become full participants in society as telephone operators, clerks, insurance agents, teachers and proficient computer users, unlike the older generation who remained illiterate and dependent.”

He has received numerous awards from here and abroad both for his work and advocacy for the rights of people with disabilities. 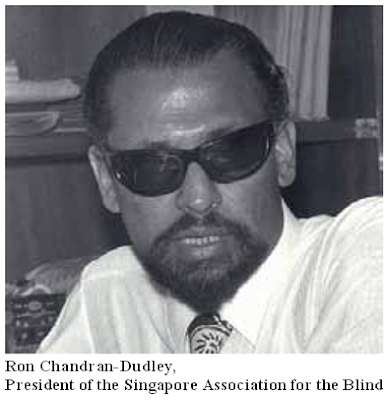 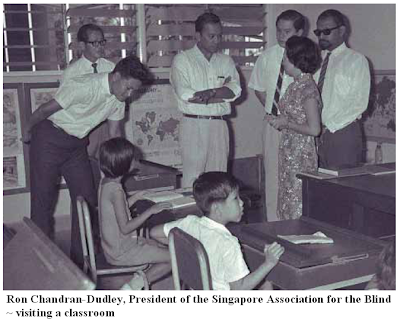 Note that the Bass & Treble Clef are intentionally upside-down to illustrate the Lower & Higher ends of the piano. It's like playing piano from the left-side of the chart. This chart is displayed this way probably due to the incremental nature of either the ‘Midi Number’ or the ‘Note Name’ (also known as ‘Scientific Pitch Notation’) or both, hence the upside-down Bass & Treble Clef. If I have the time, maybe I'll try to plot a chart from the right-side to correct the orientation of the Bass & Treble Clef.

Posted by Welcome at 4:04 PM No comments: