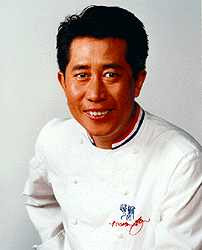 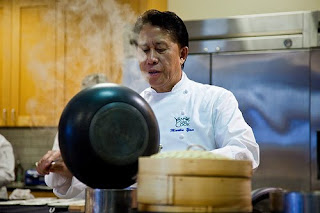 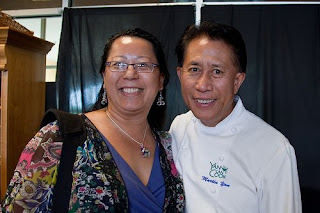 Here's an idea... go somewhere else to earn your money... this is his story...
~~~
Chinese Cooking Celebrity ~ Martin Yan Wenda
Famous line:
If Yan can cook, so can you.
~~~
Martin Yan
http://en.wikipedia.org/wiki/Martin_Yan
Martin Yan (Chinese: 甄文達; born 22 December 1948) is a Chinese-born American chef and the host of the award-winning cooking show Yan Can Cook.
Early years and education
With ancestral roots in Kaiping, Guangdong, China, Yan was born in Guangzhou, Guangdong, China, to a restaurateur father and a grocer mother, Yan began to cook at 12. He moved to Hong Kong when he was 13, and attended the Munsang College in Kowloon City. During this time in Munsang College, he worked at his uncle's Chinese restaurant and learned about the traditional method of Chinese barbecue there. He received a diploma from the Overseas Institute of Cookery of Hong Kong and later left for Canada for continuous study. Ten years after his arrival in North America, Yan received a Master of Science degree in food science from University of California, Davis, in 1975.
Career
Yan began teaching Chinese cooking for the extension program and appearing on a local Calgary talk show in 1978 (on CFAC-TV, now CICT-TV). He has hosted over 1,500 episodes of the PBS cooking shows Yan Can Cook since 1982. His shows have been broadcast in over 50 countries.[1] He currently hosts Martin Yan - Quick & Easy. He also hosts Martin Yan's Chinatown Cooking, where he tours Chinatowns around the globe.
Yan has opened a chain of Yan Can restaurants and founded the Yan Can International Cooking School in the San Francisco Bay Area. He has written over two dozen cookbooks.[1] The American Culinary Federation has designated him a Master Chef.
Yan is one of the lead actors of the Hong Kong film Rice Rhapsody (海南雞飯, 2005).
He has appeared as a guest judge on several episodes of Iron Chef America. He has also appeared on cartoon talk show Space Ghost: Coast to Coast.
~~~
Posted by Welcome at 8:34 PM No comments:

Army life...sigh!
I know they''ll change.
They all do.
I know I've changed.
For better or worst,
we all WILL change.

Some just sent me this via email.
I thought this was interesting.
~~~ 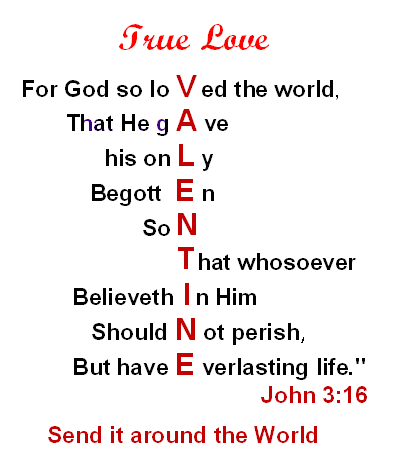 
True Love On Valentine's Day ~ John 3:16
For God so loved the world, that He gave his only begotten son.
That whosoever believeth in Him, should not perish, but have Everlasting life.
~~~

Posted by Welcome at 2:36 PM No comments:

This website was recommended by a Catholic Priest in Singapore.
Will check it out when I can find the time.

Corpus Christi Watershed is a non-profit organization dedicated to exploring and embodying as our calling the relationship of religion, culture and the arts ...
ccwatershed.org/ - Cached -

Posted by Welcome at 1:45 PM No comments:

Here's why we need to control our anger...

I've learned that...
Anger makes us emotional and biased,
and unable to empathize or think rationally.
Be very careful while you're angry because...
It is very easy to manipulate angry people.
- age unknown..
~~~
Posted by Welcome at 10:50 AM No comments: