For my Guitar-lele, I just found out that I can actually buy strings meant for the '3/4 Size Classical Guitar' like this one shown here. And it's cheaper too... the one for the normal Classical Guitar cost $10+ but this one only cost $8 because the strings are shorter. I got mine from the Yamaha Shop in Thomson Plaza, Singapore. 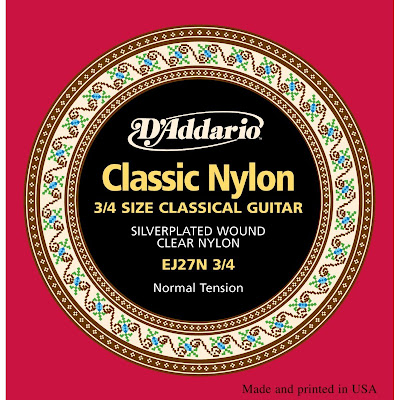 Having A "Strike" In The Family Is Not Good ~ by PGA

===.
I've learnt that...
it is very important for The Family to be united
in LOVE, even in times of conflict so that outside
forces will not take advantage of this situation.
~ 49 years old

Posted by Welcome at 9:34 AM No comments: