.
Pratar ~ Also known as 'Roti Prata', this is an Indian bread made from dough, fried in oil & served on a plate with a bowl of curry on the side to dip. In Singapore it is spelt as 'Prata'. In India it is spelt as 'Parantha'. In Malaysia it is known as 'Roti Canai' (pronounced 'Chennai') . The action that the prata maker makes to 'soften & make bigger by tossing it in the air & spinning it' is known by the malay word 'Canai'.
.
▼ ~ Here's a picture of Roti Prata without the Curry. 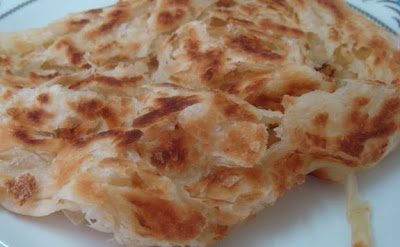 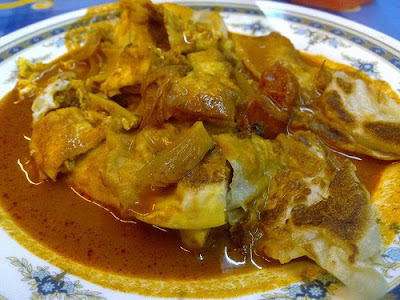