The Harlem Globetrotters ~ A 1951 Movie

Info from Wikipeida ~ The Harlem Globetrotters, a 1951 feature film starring Whitney Rumsey and other Globetrotters, also featuring Thomas Gomez, Dorothy Dandridge, Bill Walker, and Angela Clarke. Young Bill Townsend drops out of college to join the famous independent Trotter team. He also finds romance along the way. "Goose" Tatum and fancy dribbler Haynes were the star players of the Globetrotters at the time and Saperstein was the owner. Tatum, Haynes, Babe Presley, Ermer Robinson, Duke Cumberland, Clarence Wilson, Pop Gates, Frank Washington, Ted Strong and other current team members appear in the film as themselves. Also featured is a lot of actual game footage (three times against the Celtics with Tony Lavelli and Big Bob Hahn), including their famous "Sweet Georgia Brown" warm-up routine. (Along with making the film, the team toured Major League Baseball stadiums that year and went on their first tour of South America).

Info from elsewhere ~ In over 8 decades and having toured over 120 countries, the Harlem Globetrotters have charmingly dazzled millions of people with their basketball exploits that is fun-filled and entertaining.The broad smiles, infectious laughter & boisterous Cheers of the crowd are all synonymous with the way the Harlem Globetrotters team instinctively deliver the intrigue in their games. Each team member is a wizard extraordinaire in whipping out unbelievable basketball treats that’s mind-blogging, fascinating & ….. all the WOWs!! You will sense the romp of the spectators that puts you on a high-joy, as the Globetrotters, orchestrate their silky classy moves. And, at some seemingly momentous stage of the event, they will never fail to ensure that a child or an adult involvement becomes an extended, lasting impression in their memoirs. So, don’t miss this chance. An entertaining occasion, that’s bound to thrill with all the spills.
Posted by Welcome at 12:48 PM No comments:

.
To Temporay Disable it
(Here are the following steps)

If you're using Microsoft Internet Explorer, it's possible that you've enabled the AutoComplete feature. If you don't want AutoComplete to automatically sign you in to your Google Account, please follow these steps:

1 ~ Click the ‘Tools’ menu at the top of your browser, and select ‘Internet Options’.

3 ~ Click the ‘AutoComplete...’ button, and diselect the checkboxes 'Usernames and passwords on forms' and 'Prompt me to save passwords.'

The above was found at this link:
http://www.google.com/support/accounts/bin/answer.py?hl=en&answer=39273

Jewellery Business On The Internet

Molly Lee, a cancer-fighter and an inpiration to many.
Posted by Welcome at 9:34 AM No comments:

OTHER PLACES TO BUY
GVOX products are available around the world
Singapore ~ http://www.softwareexchange.com.sg/

My favourite Music Notation Software. Probably because I'm so used to it. This Version-3 still works today and I've been using it since 1991 (started with Version-2). Only now it has problems with the lyrics in Windows Vista. I'll probably have to up-grade with the latest Version... {sigh!}. 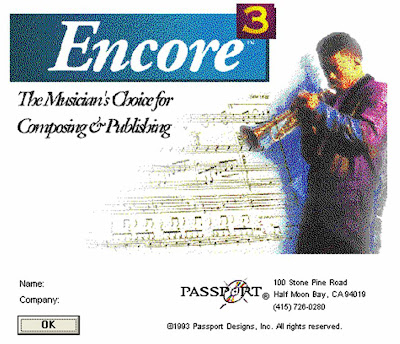 .
Anyway, here are my suggested Click Settings that I've selected for myself which are (in my opinion) better than the default Click Settings. 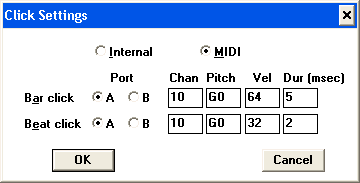 Posted by Welcome at 8:58 AM No comments: