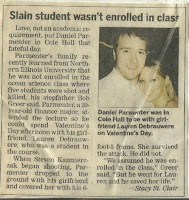 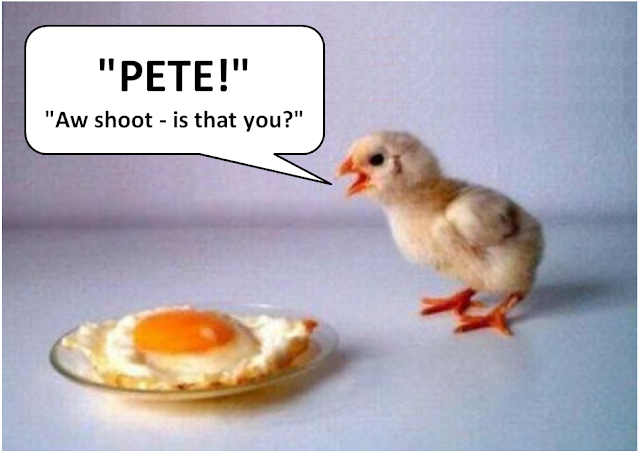 ===.
I thought this picture was very funny.

Especially in response to someone who has just said,
"I'm fried!" or "I'm dead".
... especially after they've missed a deadline... hence the saying... "I'm dead".

Email ThisBlogThis!Share to TwitterShare to FacebookShare to Pinterest
Labels: Egg, Fried, Fried Egg, Funny, Joke, Which Came First; The Chicken Or The Egg?

6 Year B
Response: You are my hiding place, O Lord; You surround me with cries of deliverance.
Verses: 1, 2 & 4

1. Happy the man whose offence is forgiven,
whose sin is remitted.
O happy the man to whom the Lord imputes no guilt,
in whose spirit is no guile.

2. But now I have acknowledge my sins;
my guilt I did not hide.
I said: "I will confess my offence to the Lord."
And you, Lord, have forgiven the guilt of my sin.

3. You are my hiding place, O Lord;
you save me from distress.
You surround me...
with cries of deliverance.

4. Rejoice, rejoice in the Lord,
exult, you just!
O come, ring out your joy,
all you upright of heart.