Why do you find it so hard to believe?

I find it difficult trying to understand this TV Series... but the 3 lines from this show does help in understanding the meaning of the word 'Believe'.

Posted by Welcome at 3:41 PM No comments:

Email ThisBlogThis!Share to TwitterShare to FacebookShare to Pinterest
Labels: Believe, Faith, GOD, Lost, Quote, Why do you find it so hard to believe ~ Lost (TV Seires)

This happened during the fight for the American Presidency in 2012 between Barrack Obama (the incumbent) and Mitt Romney (the challenger).

From my own observation on the internet, most seem to give Ted Kennedy the support. This may be true because of his work for the people which I hear/read a lot on the internet.

However, if I were to solely base on this debate, I think Mitt Romney did very well... and probably lost NOT because of this debate, BUT because he did not do enough work that would get people to notice him.

From observing these 2 videos... I'd give this round to Mitt Romney. But if you think I support Mitt Romney... you didn't understand what I'm writing about.

Personally, I like Barrack Obama, but this round (for me a least) goes to Mitt Romney.

While writing this post... I just heard Mitt Romney on TV make this statement... "President Obama promised to begin to slow the rise of the oceans, and to heal the planet. My promise is to help you and your family." ... which was made before this video was played... and I think, this is just another rhetoric statement.

(This video is the excerpt to make Mitt Romney look bad and this is badly
taken out of context. This is bad sportsmanship... very, very bad.
They even played this at their convention. Shame, shame.)

===.
(This video is the debate (Part 1 of 2) which shows Mitt Romney's stand clearly in full context. You be the judge if the above video was indeed taken out of context.)


A young 47 year old Mitt Romney challenges the seemingly invincible Ted Kennedy for his seat in the US Senate. At the time, Mitt Romney was like 20 points down in the polls and had to come out swinging, and that's exactly what he did. Mitt Romney ended up losing this election but it helped him gain valuable experience in the political environment which proved useful when he was elected Governor of Massachusetts in 2002 and the Republican nominee for President in 2012. Quite a great debate by both sides and highly entertaining to watch.

I was not able to find any full clips of this entire debate on YouTube, only little bits and pieces mostly used in an attempt to make Mr. Romney look bad today for his pro-choice stance he had back then. I took the liberty of uploading the full debate here. I hope you enjoy this incredible gem of history as much as I do.

This is debate 1 of 2 of this election. The 2nd debate was 2 days later on 10/27, and I also have that full debate uploaded as well (check my channel). 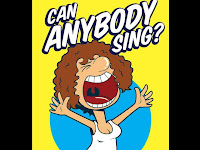 Posted by Welcome at 7:49 AM No comments: