Take a good look at the candle... even though this is a still (non-animated) image... the candle looks like it's animated and "dancing". 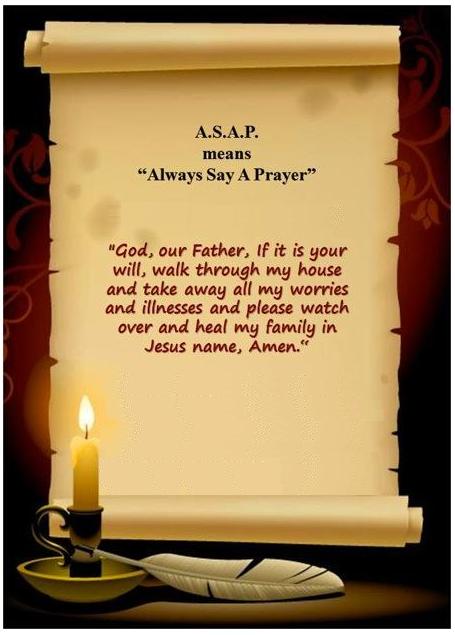 Posted by Welcome at 1:56 PM No comments: 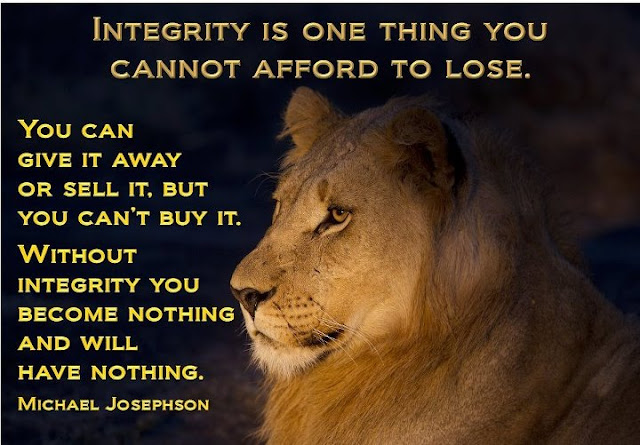 Without integrity,
... you become nothing,
... and will have nothing.

This story is on the front page of the The Australian Newspaper... today, Wednesday, 2012 Apr 25.

I thought this was a lovely, war-time story. I had a good read.

You're the spitting image of your brother: the ruse that sent twins off to a secret war


AFTER all these years, Don Field has never grown weary of the siblings' high jinks that landed him and his twin brother Peter at the centre of one of the more extraordinary Australian stories of World War II.

Twins Don and Peter Field, members of a secret team dropped behind enemy lines in WWII to intercept Japanese radio transmissions in the jungles of New Guinea

With a mischievous look, he passes over a photograph of two identical teenage Diggers in slouch hats, and challenges anyone to tell which one is which. 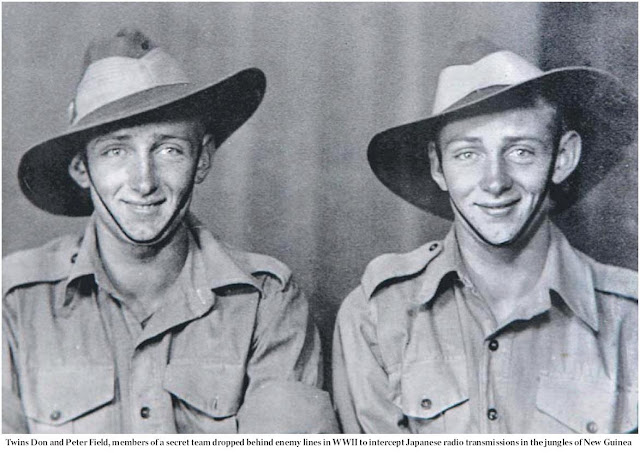 The only clue is that one brother is sporting a slightly forced grin. Surely that must be Peter, the one with something to hide?

Don Field, now 88, laughs and takes the photograph back. 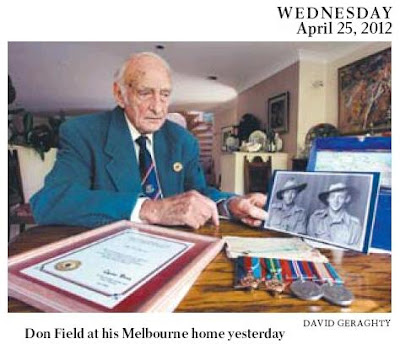 It was 70 years ago that the brothers pulled a swifty on the medical examiner at the Ripponlea drill hall in Melbourne's southeast, enabling Peter to enlist despite his history of heart problems and against his father's wishes. As it turned out, neither brother would have any trouble keeping a secret.

The switch, Don Field admits, was his idea. As the would-be recruits were called in alphabetical order, Field, DC presented first and was given a clean bill of health.

He then joined Peter in the bathroom, where the brothers quickly changed clothes. When Field, PC was called, the doctor was amazed. ''You really are the spitting image of your brother,'' he exclaimed.

Later in life, the Fields would march together on Anzac Day, carrying the banner for the Australian Special Wireless Group. By then, the story of how they fudged the medical exam had become the stuff of legend.

Ask them what they actually did in the war, however, and you'd be met with a short response.

It was only two years ago, when a brown paper package sent by the British government arrived in the letterbox of Don Field's Melbourne home, that the full wartime exploits of the brothers could finally be told.

Inside the package were three things: a gold medal emblazoned with the words ''We too served''; a citation from the head of Bletchley Park, home to Britain's famous wartime code-crackers; and a separate citation from then British prime minister Gordon Brown.

The citation from Mr Brown ran to a paragraph. For Mr Field, they were words he never expected to read: ''The government wishes to express to you its deepest gratitude for the vital service you performed during World War II''.

Over a cup of coffee at his house in Melbourne's eastern suburb of Nunawading, Don Field yesterday said Mr Brown must have authorised the citation just before he lost his own job. ''I don't know if that means it is worth more now or not,'' he joked. For his wife Patricia, the revelation of her husband and his brother's feats came as a shock. ''He never told us anything,'' she said, shaking her head.

Peter Field died before the package arrived but the recognition from Britain meant that for the first time, Don Field could speak freely about the two years he and his brother spent in the jungles of New Guinea intercepting Japanese radio messages as part of a covert operation overseen by General Douglas Macarthur, the US Supreme Commander of the Southwest Pacific Area.

For three months at a time, the Field brothers and other members of a hand-picked group would live in jungle sites behind enemy lines, monitoring Japanese communications around the clock. They were armed with basic infantry skills, high-speed morse code, a working knowledge of Katakana, one of three Japanese scripts, an old Simpson radio and a concealed cyanide pill in case of capture.

The communications they intercepted and sent to London via Brisbane, provided critical intelligence to Macarthur's strategy of cutting supplies to Japanese troops in the Pacific.

The most spectacular success were the intercepts that enabled the US to plan the mid-air assassination of Isoroku Yamamoto, the Japanese admiral who had planned the Pearl Harbor attack. From their jungle camps, the Fields could see Macarthur's strategy also working on the ground. ''They would come into the camp,'' Don Field said of the starving Japanese troops. '' You couldn't help but feel sorry for them. They would come and raid our cookhouse at night. You always knew when they had been around because they used to wear funny shoes with one big toe. You would see the foot prints in the jungle behind.

''They knew we were there but they didn't know what we were doing. They weren't getting supplies and they didn't have much fight left in them. A lot of them were giving themselves up.''

It wasn't just the Japanese who were oblivious to what the Australians were up to. When they were first recruited for their mission, the specially trained members of the ASWG were sworn to secrecy. No records of their mission were kept. ''All the young fellas that were in this unit had to sign a statement that they wouldn't divulge what they did to anyone — any of their parents or loved ones — for 60 years,'' Don Field said.

''Everyone kept that secret. Whenever anyone asked me what I did I just said signals. That was it. For years Peter and I could carry the banner on Anzac Day. But I have never told anyone.''

Posted by Welcome at 9:39 AM No comments: