A true story of a real life hero. 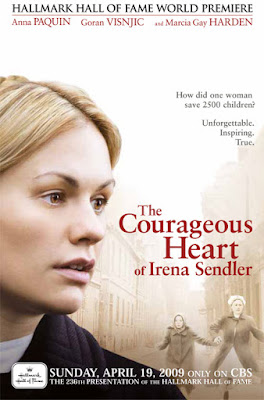 Last Sunday, 2010 Aug 15, our priest told us a story of a Polish woman who saved 2,500 Jewish children from death by smuggling them away from their parents during World War II when the Germans were executing the Jews. If she were found out, it could mean death for her. She was eventually found out and was severely tortured and left for dead... but she survived and lived to a ripe old age of 98. She kept hidden, records of the children in jars, with every intention of reuniting them with their parents after the war.

You can read more about her here at these links.