I learned to give not
because I have MANY...
but because I know how it
feels like to have NOTHING.

The United Nations admitted on Thursday that its response to the typhoon disaster in the Philippines had been too slow, amid reports of hunger and thirst among desperate survivors.

• Picture Caption 1:
People cover their noses from the stench of dead bodies in an area affected by Typhoon Haiyan in Tacloban, Philippine. (AP Photo/Dita Alangkara)Residents queue up for flights by military C-130 planes out of the airport in Tacloban, Leyte province, central Philippines. Thousands of people jostled and begged for seats on scarce flights out of the ruined city. (AFP/Ted Aljibe) 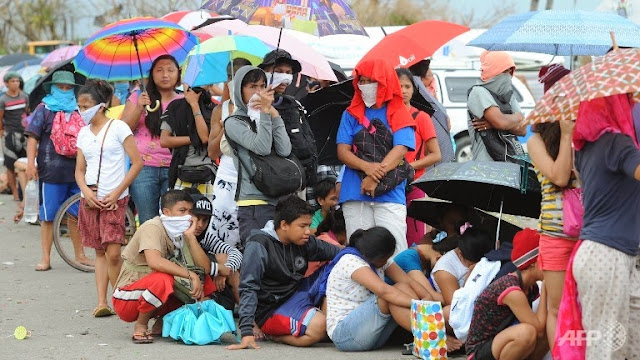 MANILA: The United Nations admitted Thursday that its response to the typhoon disaster in the Philippines had been too slow, amid reports of hunger and thirst among desperate survivors.

The UN's humanitarian chief, Valerie Amos said “the scale of the disaster and the logistics challenges it posed meant that six days on from the storm, some places remained without help.”

"There are still areas that we have not been able to get to where people are in desperate need," she told reporters in Manila "I very much hope that over the next 48 hours that that will change significantly."

"I do feel that we have let people down."

Criticism is growing over the pace of aid to Tacloban and other areas that were splintered by Typhoon Haiyan when it swept through the central Philippines last Friday.

Bodies still litter the streets of Tacloban, while others lie putrefying in body bags outside the broken city hall, awaiting mass burials.

Thousands of desperate survivors are clamouring to get out of a place where clean drinking water is in short supply and many have no shelter.

"The situation is dismal. Those who have been able to leave have done so. Many more are trying. People are extremely desperate for help," Amos told reporters in Manila.

"We need to get assistance to them now. They are already saying it has taken too long to arrive. Ensuring a faster delivery is our immediate priority."

However, she added: "There are thousands (of them) but we would never make the claim that we would be able to get to everyone."

Amos, who visited Tacloban on Wednesday to see the scale of the disaster, said her staff felt frustrated that supplies were stuck in the capital Manila.

The Philippines' shaky infrastructure took a battering in Typhoon Haiyan, one of the strongest storms ever to make landfall.

Many roads were left impassable, cluttered by debris from broken buildings that were destroyed when the ocean surged ashore.

The Philippines government said Wednesday that all roads were passable, but relief was still choked on Thursday, with fears over security after earlier attacks on aid convoys and widespread looting.

"Part of the job I have is to recognise the challenges we face but obviously (also) overcome those challenges and we have not been able to do that fast enough," conceded Amos. 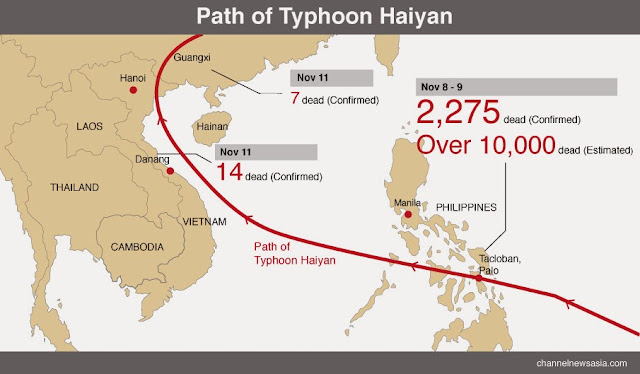 This Map shows 'Kawayan' in the Bottom Right.
'Tacloban, Palo' is below Kawayan and it's not shown here, but in the Maps that follow. 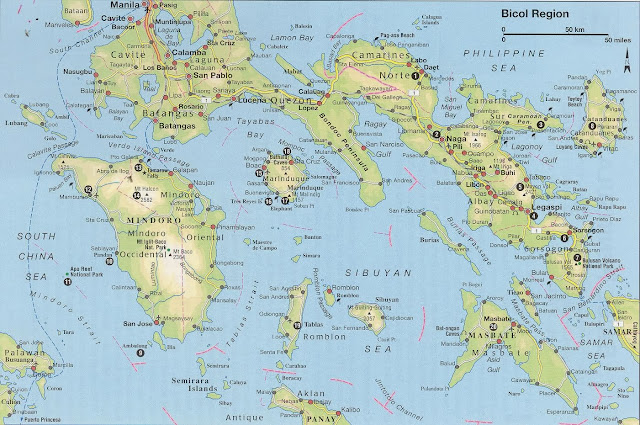 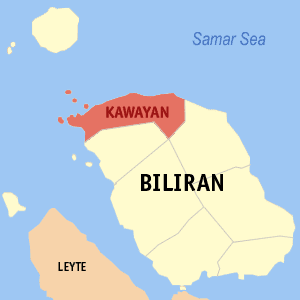 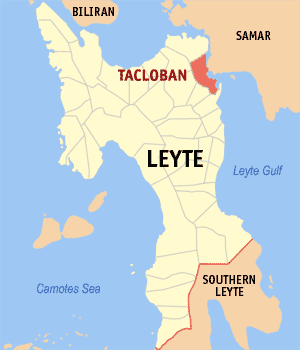 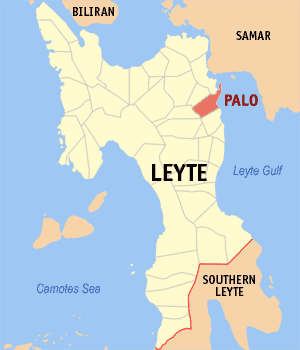 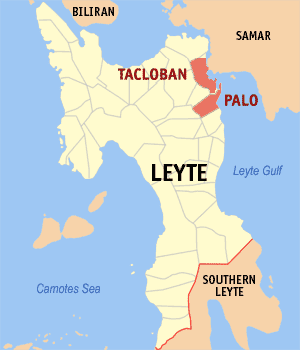