Character cannot be developed in ease and quiet.
Only through experience of trial and suffering
can the soul be strengthened, ambition inspired,
and success achieved. ~ Helen Keller 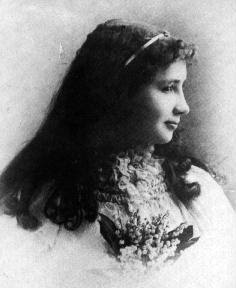 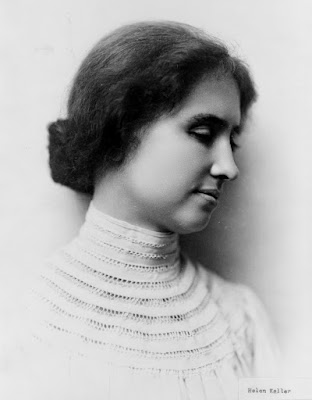 Helen Keller's fight to overcome her disabilities made her life an inspiration for millions of people. Her story is taught in schools around the world. But what is not so well known is that Helen Keller was a committed and active socialist.

"A phantom living in a no world" is how Helen Keller described the first eight years of her life. Helen was born in Tuscumbia, Alabama, in 1880. At the age of 19 months a fever left her deaf, blind and without speech. Doctors said she was doomed to live out her life in silence and darkness. But Alexander Graham Bell, the inventor of the telephone and a family friend, advised Helen's parents to employ a teacher to attempt to bring her out of her prison. The Kellers employed a young working class woman, Anne Sullivan, who herself had limited sight. Anne taught Helen to communicate by placing her hand under a water pump. As the cool water gushed over Helen's hand Anne spelled out on the other hand w – a – t – e – r.

For the first time Helen was able to give meaning to the world around her. She stopped and touched the earth, and demanded its letter name. By the end of the day she had learnt 30 words. Helen quickly mastered braille, and by the age of ten she learnt to speak by associating the vibrations in her throat with letters. The first thing she said was, "I am not dumb." At the age of 20 she attended university.

Throughout all these years Anne Sullivan was by Helen's side, laboriously spelling book after book and lecture after lecture into her hand. Helen became internationally famous when her autobiography, The Story of My Life, became a bestseller.