Just received this via email. It has some tips on handling 'Bitterness, Anger & Forgiveness'.
"My mother was a child of God and
I needed to forgive her, he told me sternly." 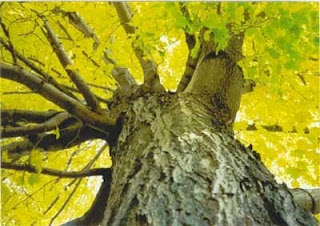 
How God allowed hope and healing to flower in my life
.
By: Lydia Mendoza*  (*A pseudonym has been used at the author's request)
We pulled into the driveway of our "new" house on moving-in day, and my heart sank. I hadn't remembered that it looked so bad.
The cement driveway was badly chipped, and frost heaves had made the sidewalks bulge up dangerously. Debris and overgrown plants were everywhere. Like a creepy welcoming committee, five dead bushes lined the walkway to the front door.

Most overwhelming to me, though, was the dark and towering maple tree that loomed up over the house. It was enormous—its trunk more than four arms' lengths around—and it so dominated the front yard that our children couldn't play and run around there.

It would be a costly and difficult project, but I knew that tree had to go.

Tree of Bitterness. There was something else in my life that had to go, and the maple tree came to symbolize it for me: I was harboring a deep-seated hatred of my mother.

The hatred had its roots in the wounds and trauma I experienced growing up. These were not small hurts. My mother had a problem with substance abuse, and her neglect put me in situations where I was physically and verbally abused. As I got older, I went down many dead ends in an effort to deal with the resulting pain—drinking, drugs, sex, moving far away. In the end, God reached out and brought me to himself.

I thought God would also remove my pain and hatred, yet there it remained. I felt so guilty. Wasn't a Christian supposed to forgive and let offenses go? Hadn't Jesus said, "Love your enemies?" (Matthew 5:44). I had made an attempt to work things out with my mother, but it backfired. She was not at all repentant for what she had done and even accused me of "making too much of things"!

By the time that maple tree came into my life, I had decided to cut off all contact with my mother. God kept nudging me to forgive, but even the sight of her stirred awful emotions in me. I didn't want to deal with them anymore. I was pregnant with our third child, and it was time to put traumatic memories in the past and move on.

But it wasn't so simple. The hatred that had started small, like a maple sapling, had grown and grown. Now it was taking up space in every part of my life and thoughts.

"Timber!" A few months after our move, my husband and I hired a professional tree service to cut down the maple. It was quite a production.
Early one morning, a large truck pulled up in front of our house. Our two children watched intently out the window, fascinated to see workers swarming over the yard and up the tree with ropes and tools. The men cut huge branches, then the trunk. By late afternoon, they were swinging their pick-axes high and taking out the roots. Finally, they ground up the enormous stump.

It was fun to plant things where the maple tree had been—grass seed, tidy bushes, and a flower bed of purple and pink tulips. When spring arrived, though, the first flower to come up was a single purple crocus! I felt annoyed at first. It had popped up uninvited and didn't belong in my design. But the tiny flower was so beautiful and had such a rich purple color that it made me smile.

The First Crocus. I will call God's grace the tiny crocus in my life. It, too, popped up when I was not expecting it. I had gone to Confession for the first time in years, and was spewing out all the reasons why I hated my mother. Boy, did this priest give it to me! My mother was a child of God and I needed to forgive her, he told me sternly.

I left crying and shaken, but relieved that I had told God the worst and survived! (Maybe he needs to use a pick-axe too, sometimes.) Out of obedience to the Lord, and with a new reliance on his grace, I decided to forgive once again. It was the first deep cut to the trunk of my big tree of bitterness.
Tree removal is hard work, but God helped me by bringing wonderful things into my life—a healthy new baby, fruitful consultations with a priest and a therapist, and supportive friends who love the Lord. In time, I was talking to my mother again.

Not that it was easy. She hadn't changed a bit, and sometimes I still cringed or felt my heart race when I saw her. But God was changing me. "If you let this hatred go," he seemed to be saying, "I will bring so many good things into your life." And so every day, I would reaffirm that it was God's will to tear down this bitterness.

It was a gradual process, like bringing down the maple tree, but I can now say that my hatred is gone. Little by little, the Lord healed my crushed heart and filled it with his lush grass and purple crocuses.

In the Garden of Grace. One of the "crocuses" was meeting new friends. Once this tree of bitterness was down, my life—like my front yard—became more welcoming and open to others. Making sisters in Christ has been especially healing. It seems to me that even my physical appearance is being transformed!

Another purple crocus is the daily rosary. In the fourth decade, which I call my "dandelion patch," I pray for my mother and for all those who have hurt me, as well as anyone I have hurt. I ask for Mary's intercession to remove these big and little weeds and help me be good soil for the Lord. I don't want to harbor any more plants that might seem small and harmless but can grow to choke out the Spirit's life in me!

Truly, the Lord heals the broken-hearted and makes all things new. I am so thankful that he gave me the perseverance to obey, forgive, and do the hard work of digging up and cutting down my anger. He replaced my huge hurt with a new, full life. Like that maple tree, my hatred is a distant memory.


By grace, the Lord makes good things grow that I did not even plant! Now I look forward to whatever new purple crocus the Lord has waiting for me.