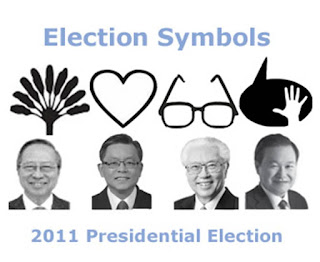 SINGAPORE: Singapore's presidential candidates have shared their plans and reinforced their campaign platforms on national television in their first broadcast, a day after Nomination Day.
Dr Tan Cheng Bock said there is a growing desire for a clear distinction between the government and the office of the President.
"To strengthen the independence of the presidency, one of my proposals will be to ask the government to shift its operations from the Istana grounds to another location," said Dr Tan in the broadcast on Thursday.
"The Prime Minister and Cabinet offices should not be housed in the same compound as the President, as this familiarity attracts unwanted suspicion of undue influence. It may sound drastic but I believe this is the correct thing to do for Singaporeans," he added.
Dr Tan Cheng Bock also plans to introduce an annual statement to let Singaporeans know whether the President is doing his job in safeguarding the reserves, the people's CPF, the appointment of civil servants, charitable activities, and national identity programmes in the arts, sports and culture.
Mr Tan Jee Say argued the President must be independent of the ruling party and not be influenced or hampered by past ties.
He said: "My three opponents are honourable men but they were members of PAP for 20 to 30 years until they resigned from the party with two of them having quit only very recently.
"During this period, they ate, slept, walked and breathed PAP. Do you now expect them to have a breath of fresh air?
"Mentally and emotionally, it will be very difficult for them to think differently from the ruling party and challenge their former colleagues and friends.
"Unlike them, I do not have the same emotional baggage that they carry because I have never been a member of the PAP."
Dr Tony Tan asked voters to put their trust in his years of experience and assures them that he will represent the nation with confidence, dignity and a steady hand to protect the reserves.
He said: "We cannot afford to confuse matters just to score political points. There is simply too much at stake now for political games. I ask you to consider the two most important roles of the President.
"The first role of the President is to be the Head of State. At home, the President stands for all Singaporeans. He has to be independent and above politics.
"He must be fair, knowledgeable and balanced, especially when called on to resolve disputes between different organs of the state.
"Abroad, the President is Singapore's face to the world. He has to carry our flag with confidence and dignity. He must have the stature to stand with world leaders and represent our country.
"The second important role of the President is to protect our nation's financial reserves - which is our country's savings. This responsibility is what makes our Presidency special and is why we are having an election."
Mr Tan Kin Lian believes he will be able to "think out of the box" and take a different perspective from the government on issues, as he has never been a Member of Parliament or Minister.
He said: "To help me keep in touch with the people, I will form a President Personal Council comprising people from many segments of our society. They will help me to identify the important issues that affect Singaporeans. I will adopt a constructive and cooperative approach in working with the government to understand these issues and help to find the appropriate solutions."
The Presidential Candidate Broadcast was aired on all the four language channels, with some candidates personally recording their message in more than one language.
The candidates will have one more TV broadcast on the eve of Polling Day, which is also the Cooling-off Day.
- CNA/ir
~~~
Posted by Welcome at 8:02 AM